“Thousands laid down their lives so that our country breathe on this day. Never forget their sacrifice. Happy 74th Independence day!” 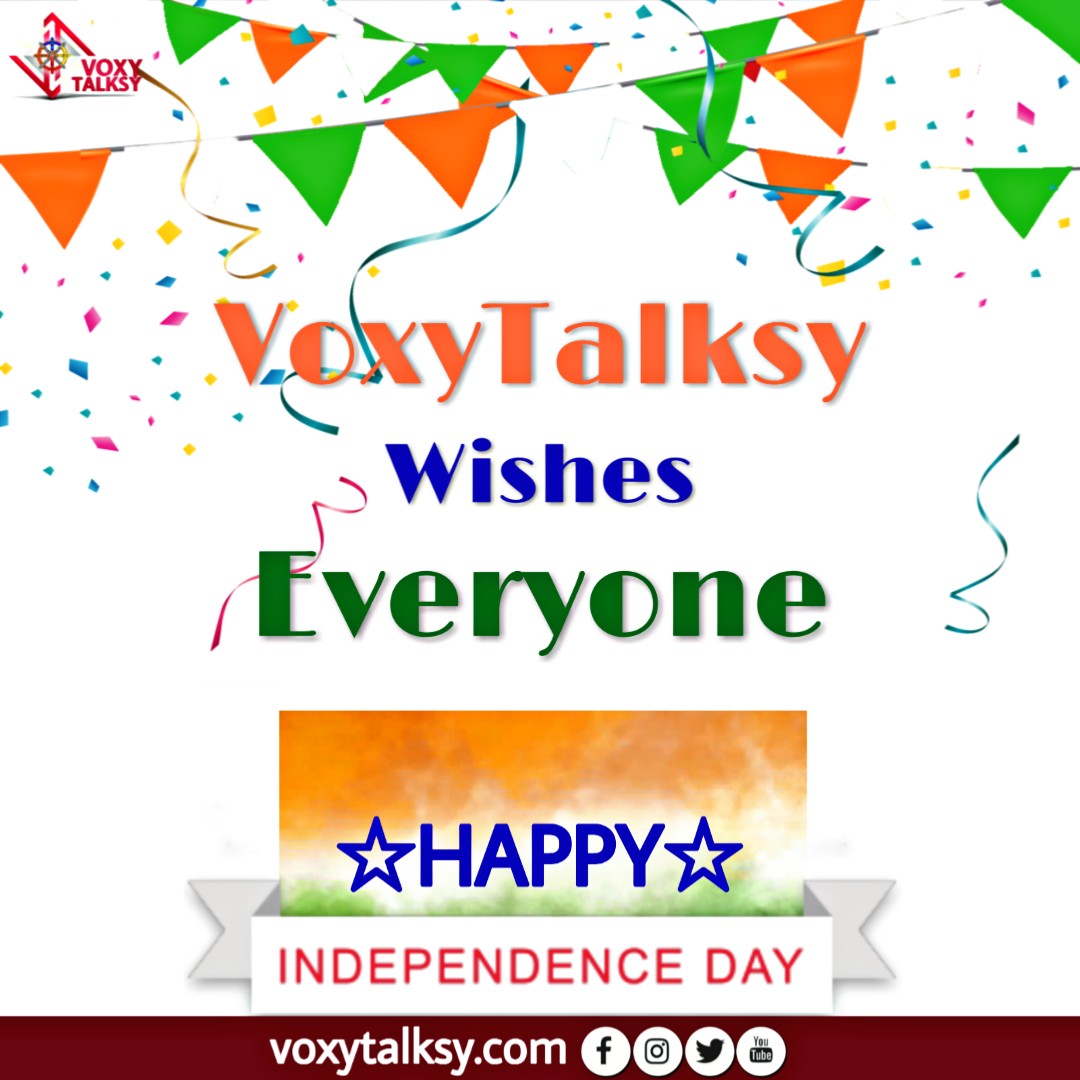 India, our country achieved complete freedom from the British rule on 15 August 1947. Similarly, today we wish to be completely free from the coronavirus soon. Amid this crisis situation, India is going to celebrate its 74th Independence Day this year. Preparations have been started with lots of vigor, excitement, and patriotism.

The festival of independence is celebrated in various magnificent ways all over India. People pay tribute to them who are the reason for this independence. They are the ones who have sacrificed their lives for our freedom. Not just men but also women who have large contribution in the freedom of Motherland.

There are many brave women who fought for the freedom and have achieved less recognition. So, this 15th of August, let us know about some women freedom fighters and tribute them for their bravery and sacrifice.

Matangini Hazra was an Indian revolutionary who took part in the Indian freedom move. At last, the British Indian police shot her before the Tamluk Police Station, of recent Midnapore District on 29 September 1942.

In 1905, she turned out to be effectively intrigued in the Indian Independence Movement. Her motivation was Mahatma Gandhi. Therefore, she was also nicknamed ‘Gandhi Buri’. She overwhelmingly took part in Gandhi’s Civil Disobedience Movement, particularly the Salt Satyagraha.

She participated in salt making at Alinan, her late spouse’s village. Following which, she was arrested for disregarding the British salt laws. Later, she was involved in the movement for the abolition of the chowkidari tax and was again prisoned for 6 months. She became a member of local Indian National Congress.

In September 1942, under the Quit India Movement, local Congress workers attacked different police headquarters and government workplaces situated in Midnapore region. Matangini led 6,000 supporters, of which most were women, to capture the Tamluk police headquarters. When the procession moved out of the town, the police started shoot out which hit Hazra.

Even after being shot, she kept on chanting Vande Mataram with national flag in hand and asked the procession to keep moving on. Later, her lifeless body was found in a pool of blood, but the tricolor was still held high, symbolizing freedom.

One of the women freedom fighters, Durgawati impacted the members of the Hindustan Socialist Republican Association (HSRA). As she was the spouse of another HSRA member, Professor Bhagwati Charan Vohra, all revolutionaries from HSRA addressed her as ‘Bhabhi’. Bhagat Singh, Rajguru, and Sukhdev were also the members of this association.

Dugrawati once mislead British police to save Bhagat Singh on a local train venture. On December 17, 1928, Bhagat Singh and Sukhdev went to Durga Bhabhi’s home subsequent to executing British officer John Saunders. She gave them an idea of going to Calcutta. To trick more than 500 police officers travelling in a similar train, Bhagat Singh and Durgawati pretended as a couple and Rajguru as their servant.

To save Bhagat Singh and his friends under lawsuit, Durga sold her jewelleries worth Rs. 3,000. She even begged Gandhi, however all futile to spare the three. As vengeance for the hanging of Bhagat Singh and others, Durga chose to murder Lord Hailey, ex-Governor of Punjab. He was additionally an ardent foe of the revolutionaries. Even though Hailey was able to escape, his assistants were wounded. Durga was arrested and granted three years of prison.

As Durgawati was a member of Naujawan Bharat Sabha, she was at the front line on the eleventh commemoration of Kartar Singh Sarabha’s martyrdom in 1926. But after Independence, Durgawati Devi started to carry on with an ordinary life and turned into a practically overlooked name. Later, she died in Ghaziabad on 15 October 1999 at the age of 92.

Maniben Patel, daughter of the incomparable Indian freedom fighter Sardar Vallabhbhai Patel. She acquired the patriotic enthusiasm from her father, and like him, she was likewise associated with her role in the independence move.

Under the stewardship of Mahatma Gandhi, Maniben effectively took an interest in the Non-Cooperation Movement just as the Salt Satyagraha. She was imprisoned a few times for her work in the freedom movement. She was arrested during Quit India Movement and was held up in Pune’s Yerwada Jail from 1942 to 1945.

As she was a Gandhian, she developed as a pioneer for the ladies during the No-Tax Movement. She roused and impacted the women to join Gandhi and Sardar Patel and promote No-Tax Movement. Later, she was elected as a member of Indian National Congress.

Lakshmi Sahgal born in Madras started and ended her career as a doctor, but became a soldier. Her mother was a freedom fighter too. Since her childhood days, the freedom movements influenced her.

She met with Subash Chandra Bose in Singapore that was a great deal for her. Therefore, she joined the Indian National Army (INA) in 1943 to battle the British Empire. Sahgal also had begun enrolling other women into INA. Shortly, a regiment of 1500 ladies prepared as soldiers was ready.

In the provisional administration of Bose’ Azad Hind, Lakshmi was delegated as a captain and gave over the arrangement of Women’s Affairs and Rani of Jhansi Regiment, a womens’ military unit. Subash Chandra Bose was similarly overwhelmed to discover a woman to lead the regiment.

Capt. Sahgal joined the Communist Party of India (Marxist) in 1970s and became originator member of All India Democratic Women’s Association in 1981. Her duty to the issues of women and social change stayed an integral part of her life. Later, she expired of a heart attack causing brain haemorrhage on 23 July 2012 in Kanpur at the age of 97.

Bina Das was one of the women freedom fighters from Bengal. Being a bold woman revolutionary, she effectively partook in different gatherings and fights composed across the nation against the British Raj. Bina was among the principal ladies who waged war against the Britishers. She is known for attempting to murder English Governor and University Chancellor Stanley Jackson.

The incident occurred on February 6, 1932, when Bina, who was there to get her degree, fired five rounds of bullets at Stanley Jackson in the Convocation Hall of the Calcutta University. Jackson dodged and figured out how to get away. Her hold on the weapon was not expected to be so solid since she had newly learnt how to use a revolver.

Even though she failed in killing Stanley, she influenced many women to come out and partake in the Indian freedom battle. She was arrested yet did not give out the names of her associates during the overwhelming cross interrogation. Das was just 21 years old then, and was granted nine years of prison. This was the reason why she was addressed as ‘Agni Kanya’.

Significantly after her release from the jail, Bina Das didn’t quit taking an interest in the independence battle. She effectively took part Gandhi’s Quit India Movement. She joined Jugantar revolutionary club and was imprisoned again for a long time when she was the secretary of Calcutta Congress Committee.

After the independence in 1947 and her husband’s death, she moved to Rishikesh from Kolkata. There she lived a normal life opting for a teacher’s job. She was awarded a Padma Shri in 1960. Later someday, the locals informed the police about her dead body that was found on a street in a decomposed condition.

How life continues to be during Coronavirus outbreak in Wuhan, China?