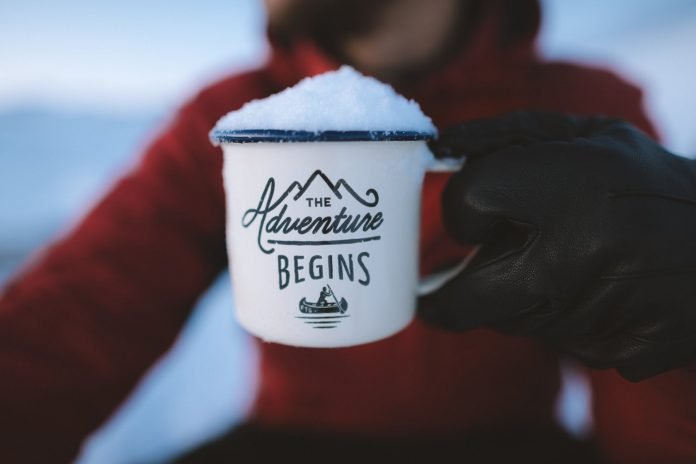 So all of us will be under quarantine for the next 21 days which means we are stuck at home for almost a month. And that makes me want to make a wishlist of things I took for granted before and do it the moment quarantine gets over. If you have the adventure gene in you, add these insane adventures to your bucket list. There are countless insane sports around the world which involve things as crazy as ironing your shirt on the ocean bed to rolling down a hill to catch a wheel of cheese!

So, get ready to update your to-do-list and overcome your fears with the 5 most unmissable and unusual adventure sports that will leave your adrenaline pumping and will surely give you a head rush.

Volcanog or Volcano Surfing is an extreme sport performed on the slopes of the youngest and the most active volcano in Central America, Cerro Negro. It involves hiking up the volcano and then sliding down 1600 feet on a narrow wooden board at a possible rate of 90km/hr. 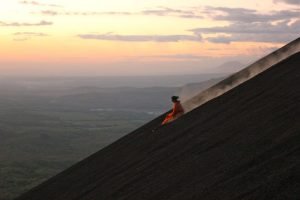 However, Volcanog involves a lot of possible dangers including inhaling toxic gases to getting hit by molten lava. Hence, it is important to wear the safety gear including the jumpsuit and goggles and then perform the activity under the able guidance of an expert.

The Cooper’s Hill Cheese-Rolling and Wake is one of England’s strangest sport. It is an annual event which takes its name from the hill situated outside of Gloucester, England. It was originally held for the local villagers of Brockworth, Gloucestershire, but now people from all over the world take part in this mad competition. 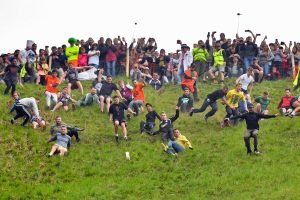 The rules for this sport are pretty simple – a 9-pound Double Gloucester cheese is rolled down from the top of the hill and the contenders have to chase it down to the bottom. The first person to roll across the finishing line is the winner and gets this cheese as their reward. However, in the year 2013, the gigantic ball of cheese was replaced with a foam replica because of security reasons. Anyone can easily show up on the day of the competition and take part in it without any pre-requisites.

How I wish I could skip the quarantine and run into beautiful nature right now. If it was your dream to wander in the woods with just a compass and a map to discover your way out, then orienteering is the sport for you! It is an activity which combines racing with navigating. 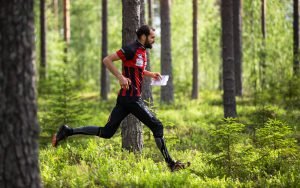 Participants are given a specially designed topographic map which they use to navigate through wild woods and reach their control points in a pre-defined sequence. It was, originally, developed as a training exercise for military officers. In today’s world, this extreme sport has got a lot of variations including Mountain bike orienteering, Ski orienteering, Car orienteering, etc, however, Foot Orienteering remains the most popular.

This sport is a must for all those adventure junkies who are borderline OCD victims. It combines your wildest dream with the guilty pleasure of wearing a crisp ironed shirt. It involves taking an iron and a board to remote locations and ironing a few laundry items. ‘EI’ ironing while skiing, rock-climbing or canoeing. 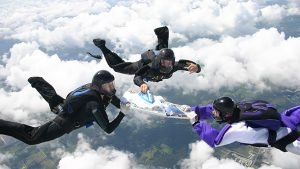 It was started with the intention of combining an extreme sport with a dull and boring activity. In recent years, this sport has become a cult activity which involves people taking their mundane chores to places as hostile as the Antarctic. Some other locations where these adventures take place include a canoe, a snow-capped mountain, the river-bed, the middle of a racetrack, the sky while parachuting and a frozen lake. These activities can be conducted either solo or in groups.

A fusion sport which combines the likes of wakeboarding, snowboarding, windsurfing, paragliding, skateboarding and sailing into one extreme sport. It has to be one of the coolest and most adventurous sports of all times. 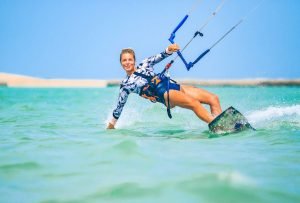 Kiteboarders use, what’s known as, a power kite to drive themselves across land, snow or water while standing on a specially designed board. One doesn’t need to be extremely athletic to kitesurf, however, a general level of fitness will help you progress faster and avoid injuries. A three-day course is available in most coastal areas across the globe which teach you about the basics of this sport.

Now, you have a long list of unattended adventures to cater to before you die (or die trying, just kidding!) So, instead of paying your monthly Netflix subscriptions, use your hard-earned money to credit insane adventures and debit unnecessary stress.

Benefits of outdoor sports. More for mind than body!