A debt that is worthless to the creditor and not collectible due to the debtor committing a fraud or going into bankruptcy is called a bad debt. A debt is classified as a bad debt when the cost of pursuing the debt recovery is more than the total amount of the debt.

Banks usually write off debts as bad to show them as an expense or NPA – Non-performing Asset on their tax returns to balance their sheets.

It is defined as a credit facility in which the interest and/or installment of principal remains ‘past due’ for a considerable period of time. Banks tag assets such as loans as non-performing when they cease to generate feasible income for the lender (bank).

Once the borrower fails to make interest or principal payments for a minimum duration of 90 days, the asset loan is considered to be a non-performing asset. Non-performing assets of a large amount can lead to a banking crisis (Greece, USA, Japan, etc.), create an overhang component (when people are unable to pay loans due to natural calamities or diseases), and an incremental component (when internal bank management policies like credit policy, renewed terms of credit make a debtor unable to make payments).

The rate at which the RBI allots monetary loans to other banks.

The rate at which the RBI borrows assets or monetary bonds from other banks. It is generally kept at a lower rate than the REPO rate.

It is the percentage of liquid cash that every bank has to keep with the RBI as a monetary security (in case the bank fails during recession or deflation). If the RBI increases this percentage, the available liquid amount with the banks comes down. By adjusting the CRR, the RBI manages lending or investment rates for Indian citizens.

It is the percentage of liquid cash reserve every bank affiliated to the RBI has to keep with themselves in order to fulfill the CRR ratio when required.

It is the rate at which banks can borrow funds from the RBI overnight if their SLR falls below a permissible limit (excessive withdrawals by citizens like in the time of 2016’s demonetization). To do this, banks have to furnish approved government securities and get a borrowing limit that is roughly 2% of the banks’ total Net Demand and Time Liabilities (NDTL).

The rate at which the RBI disburses loans to banks. To check excess market liquidity, the RBI can raise the bank rate and a higher bank rate usually means higher loan lending rates by banks. This automatically reduces the money in the market since people take less loans when interests are higher.

The ratio that a bank has in reference to its capital and its risk (deposits vs. liabilities).

A country is said to have a current account surplus if its exports exceed its imports. It is a nation’s total balance of payments which includes the monetary value of all goods and services imported and exported in a country. It also includes the payment and receipt of dividends and interest of these transactions.

It is the record of a sustained rise in the general level of prices for goods and services in a country due to the higher cost of living and overpopulation. If inflation keeps on rising, every rupee you spend will buy you smaller percentages of a good or service over time.

The record of a sustained decline in the price of goods and services due to factors like reduced money supply in a country. Decreased spending by government, lower investments in an economy, decrease in spending by individuals and reduced personal savings can lead to a downturn in the economic activity of a country.

When a country’s GDP falls considerably in two successive quarters, a temporary economic decline affects trade and industrial activity in a country. Recession is normally overcome by infusing money into banks, but it is less severe than deflation due to the fact that recession is temporary, but deflation has long-term effects. 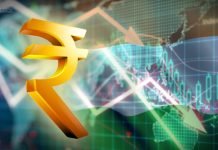 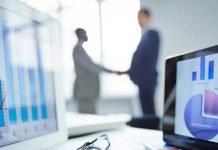 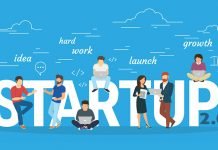 Critical tips to follow before launching your very first start-up

Is Narendra Modi an autocrat? Here are some Accusations

Amratya Sen “Modi Won Power, Not the Battle of Ideas”

From teacher to teacher: The inspiring story of Jack Ma