We live on a strange planet. Right from the infamous Area 51 in Nevada to the jinxed Bhangargh fort in Rajasthan, the conundrums are endless. People have spent an entire lifetime and have gone insane figuring out these absurdities. They sure do have a thousand convincing tales to tell but I guess we’ll never be able to figure out their veracity.

Well, guess what! Indiana isn’t the only place with ‘strange things’ happening in it. These weird locations exist all around the world and honestly, I don’t know whether I should be happy or scared about this fact. Anyway, check out these incredible and the most mysterious places mentioned below and gear up to fulfil your childhood dream of unravelling a baffling mystery.

Sitting at the foothills of Mount Fuji lies ‘The Suicide Forest’, which has been the world’s second most popular place to commit suicide so much so, that various signs urge suicidal visitors to reconsider their decision and think about their families before taking the extreme step. 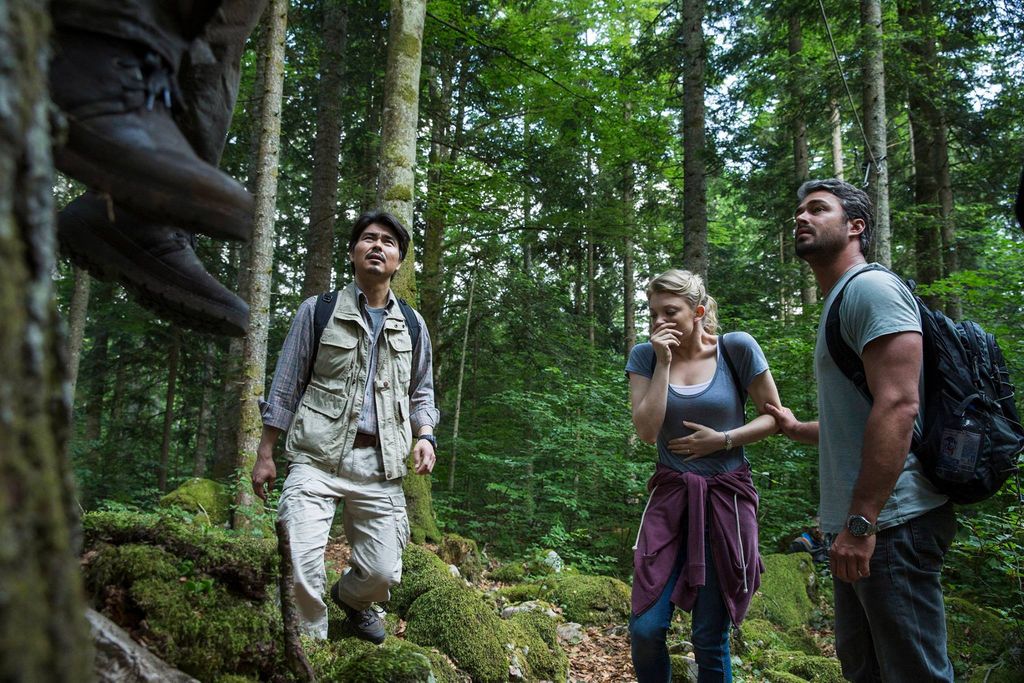 However, this does not deter adamant people from committing suicide in this dense forest. Each year hundreds of cadavers are found by volunteers who clean the woods, but many remain perpetually lost in this “Sea of Trees”.

Japanese authorities have since then ceased publishing exact suicide numbers to avoid making the place even more popular. Japanese Spiritualists believe that the suicides committed in this forest have penetrated the trees, generating a lot of paranormal activity, and limiting the people who try to escape.

Positioned 30 km away from Leh on the Leh-Kargil Highway lies a small stretch of road that defies gravity. Popularly known as the ‘Magnetic Hill’ in Ladakh, it is a significant tourist magnet (pun intended) and an ideal pit-stop for exhausted passengers moving on the highway.

Superstitious villagers dwelling in Ladakh believe that this road is, in fact, a stairway that leads the rightful people to heaven. Those who truly deserved were pulled to the path while the unmerited could never make it there.

Subsequently comes a slightly more rational theory, which is also the most comprehensive. It suggests that there is a powerful magnetic force emanating from the hill that pulls vehicles and objects that are within its range.

This strange phenomenon has verily been witnessed and affirmed by travellers from across the globe. Oddly, this infamous hill has caused aircraft of the Indian Air Force to redirect their route in the past to avoid magnetic intervention on them.If this hasn’t persuaded you enough to encounter this on your own, I truly don’t know what will!

This beautiful glittering sea glass beach is a classic example of nature’s marvel. This is an exceptional side effect of years of trash being discarded into the ocean. It wasn’t until the 1960s that this unfortunate practice was discontinued but by then the sea was already full of everything from electrical appliances to bottles and cans. 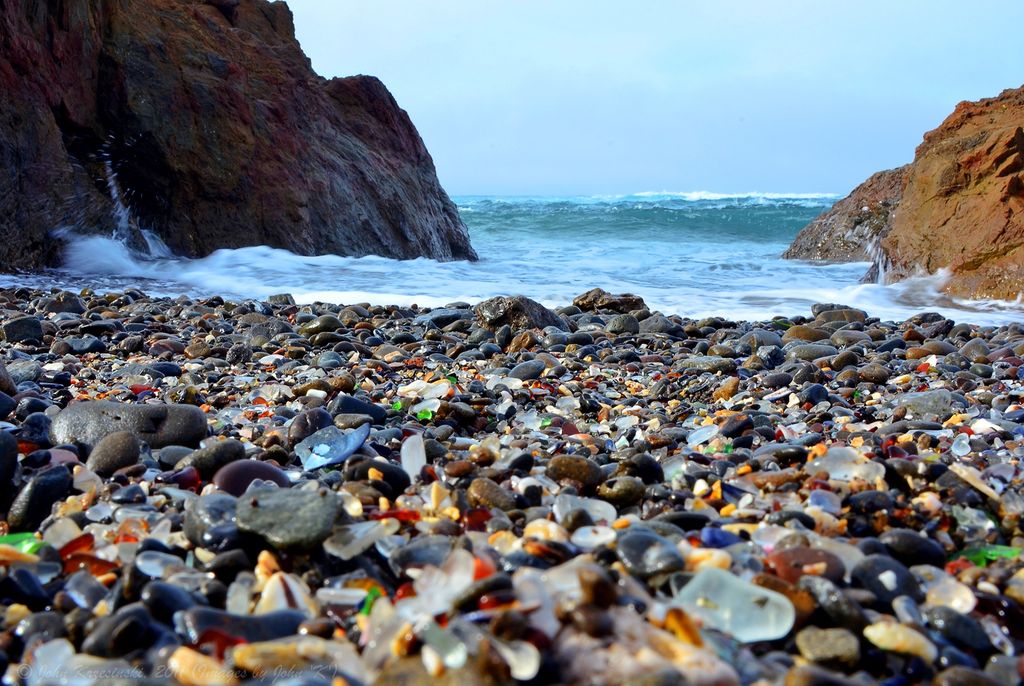 It took decades for the waves to break everything down into tiny multicoloured pebbles and the beach is now a significant tourist attraction. Funnily enough, the beach is under threat again because of the tourists stealing these little treasures.

It is prohibited to remove any glass from the beach because of the time taken by nature to transform them. Nevertheless, it is one of the mysterious places for kids to traverse around and discover things which other beaches might not offer.

Krzywy Las, like the locals, call it doesn’t look anything short of a strange fairy-tale woodland. It consists of 400 pine trees that turn sharply to the North just above ground level, then curves back upward. They are about 50 feet tall and are surprisingly healthy notwithstanding the sublime curves at their bases. 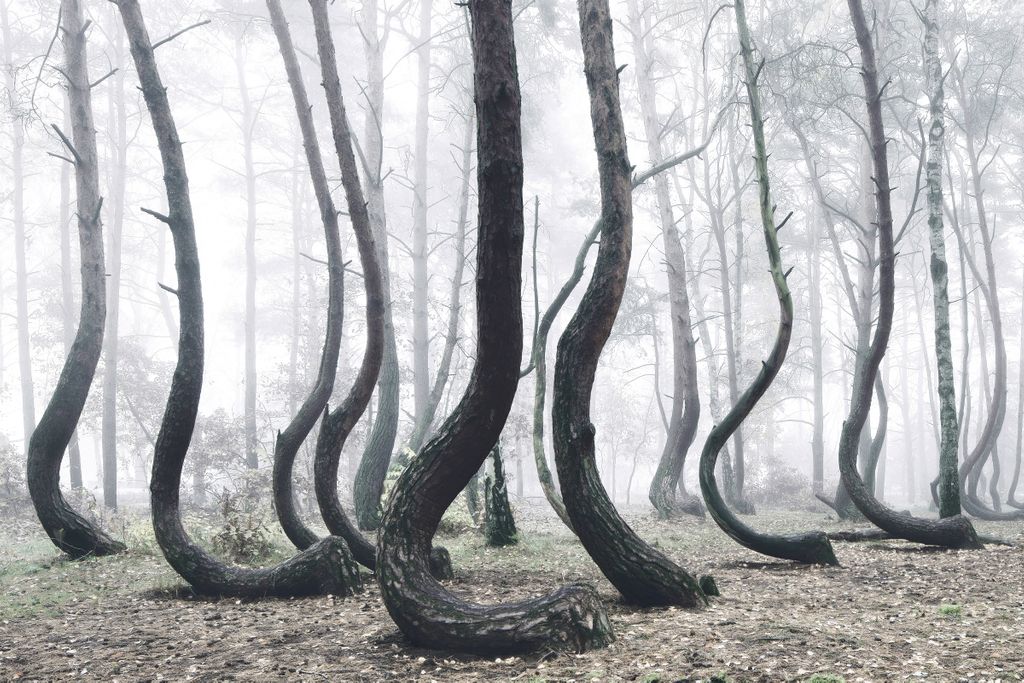 It is assumed that some machine or method was used to make them grow this way, but the process and purpose are still unapprehended. However, researchers believe that the reason why these trees were grown deformed, was to produce naturally bent wood for furniture or boats.

Others suppose that a snowstorm possibly thumped the trees like that, but till today, nobody truly knows what happened which affected their shape. Well, I guess you’ll have to visit the place yourself to find out!

Well, that’s not it! These are just a few of the numerous bizarre and mysterious places in the world entangled in mystery and intrigue. Honestly, I feel it is this enigma which adds up to their beauty and makes them even more captivating. So, for all the conspiracy theorists out there, get to work because there is plenty in the world for you to discover. After all, won’t you like some answers?
Also Read: Why you should definitely take a trip to The USA after Corona is over

These NGOs and sports institutes are helping revive the lost sporting...