Home BIG STORIES Autocratic leaders of the world-infamous, a question-mark on Humanity! – 2

Continuing from Part -1 of this article here is another list of dictators and autocratic leaders of the world like Muammar Al-Gaddafi, Benito Mussolini, Hideki Tojo, Yahya Khan etc who are infamous for their deeds and crimes against humanity. This article also focuses on autocratic leadership examples.

This dictator was the most infamous communist leaders of the Republic of China who killed about 6 million people and starved about 20 million to death due to his numerous enemies and indiscriminate policies. Autocratic leadership at heights!

Read also: Autocratic leaders of the world-infamous and a question on Humanity! Part-1

The ruthless General who became the third President of Pakistan and instituted martial law in the country as a result of which war against Eastern Pakistan led millions dead. Agha Muhammad Yahya Khan was responsible for the death of somewhere 300,000 and 3,000,000 Bangladeshi(East Pakistan then) citizens. Yahya Khan was under house arrest in the later years of his life.

Assuming power after the death of Lenin in 1924, his attempts to launch progressive government programs backfired and led to the starvation of nearly 10 million Russians. He is also infamous for the “Great Purge” in which he mercilessly got people assassinated who opposed him and his ideas.

The Libyan revolutionary and dictator for more than forty years were hungry for the ultimate pioneering leadership of his state. Trying to bring about positivity and economic growth in his country, he made many reckless and careless ventures. He not only plotted the exposition and dethroning of King Idris I but also led Libya into the Iraqi crisis that we see today. He was eventually captured and hanged by the locals for trying to usurp democracy and establish a full totalitarian rule.

Benito Amilcare Andrea Mussolini was an Italian dictator who created the Fascist Party in 1919 and became the country’s prime minister from 1922 until 1943. Benito Mussolini initially proclaimed opposition to social class discrimination and supported nationalist sentiments, but after his invasion of Ethiopia, things changed. Mussolini incorporated Ethiopia into the new Italian Empire. Impressed with Italy’s early military successes, German dictator Adolf Hitler sought to join hands with Mussolini which led to his support to Fascists in Spain during the Spanish Civil War, hoping to expand his influence. His anti-socialist mindset led to his support of Germany in the World War I. As a dictator during the World War II, he overextended his political forces and was eventually killed by his own people in Mezzegra, Italy. Mussolini sent Hitler’s invasion of Poland and declaration of war with Britain and France forced Italy into war, but it exposed weaknesses in its military and only German military intervention in early 1941 saved Mussolini from a military coup.

The leader of the Young Turk Revolution led the Ottoman Empire in World War I and the Balkan Wars. However, his autocratic rule led to a loss in battle after battle which killed over 1.5 million Armenians and 1 million people of other races as a result of his loss in Sarikamish.

The General of the Imperial Japanese Army, Hideki Tojo, was so hungry for power that he assumed the positions of Prime Minister, Foreign Minister, Commerce Minister, Home Minister, Army Minister and Education Minister to display his prowess during the World War. He joined hands with the Nazis but led to relentless attacks on other Asian countries that led to the deaths of over 5 million individuals. Another autocratic leader that the world remembers for the wrong reasons.

He has held top positions in Russia since 2000 and is the president of Russia since 2012. Critics have said that he used intimidation and slander to solidify his stronghold over the country’s government term after term.

It all started with Kim Il Sung who led North Korea with force, aggression, and deception about progress and North Korea’s decision to invade South Korea was Kim’s initiative, not a Soviet one. North Korea under his reign was characterized, by Freedom House and others, like a totalitarian state with widespread human rights abuses, including mass executions and prison camps.

Recently deceased, Kim Jong-Il (song of Kim Il Sung and father of Kim-Jong-un) had nearly a quarter-million Koreans arrested during his rule and led to the starvation and deaths of millions of North Koreans.

Kim Jong-un has gone even further, he has wasted a substantial amount of Korean currency in the unnecessary development of nuclear weapons while his country’s citizens are being subjected to slavery and starvation. His crimes against humanity are infamous and it is believed that killed 1.6 million of his own people who did not believe in his ideas or disrespected him by trying to defect to South Korea.

These countries were forced into poverty by using torturous methods on their own autocratic leaders! Holding people captive, violation of almost every basic human right and atrocities of unspeakable proportions are a norm here! Rape, racial discrimination, religious persecution, murder, torture, enslavement, military use of children, unjust imprisonment, enslavement, cannibalism, torture, kidnapping, etc. are synonyms of autocratic rule in these countries. The entire world just sits and watches with muted lips! Moreover, such war crimes often have extrajudicial punishments and forced disappearances which generally go undocumented and undetected for long periods of time. The death tolls mentioned here are mere estimates, the real numbers will be significantly larger if ever found out.

While these people will always be remembered for their autocratic leadership style, We hope the world takes attention to these crimes and takes these murderers (the ones still alive) to the task and makes them undergo the same horrors that they subjected innocent people to endure! 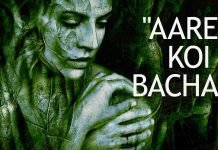 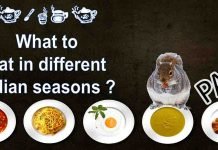 Court Cases in India that have been stuck in limbo for...

Autocratic leaders of the world-infamous, a question-mark on Humanity! – 2

Indians who made their motherland proud and rocked the world! Part-1 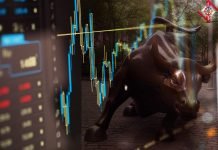 Stock Markets on a roar after Lok Sabha Elections Schedule 2019... 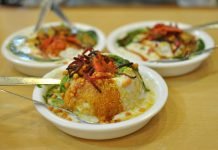 The most lip-smacking street foods of India! 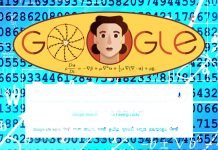 The zodiac,horoscope you read every day. Is it true or fake?-voxytalksy